UBOOT is a simulator of a submarine from WWII era, yet different than all you have seen so far. It is a survival sandbox with game mechanics similar to that of Fallout Shelter while it's primary theme is life of German soldiers like in Wolfgang Petersen's film Das Boot. The boat is their home, but it can become their grave at any time. 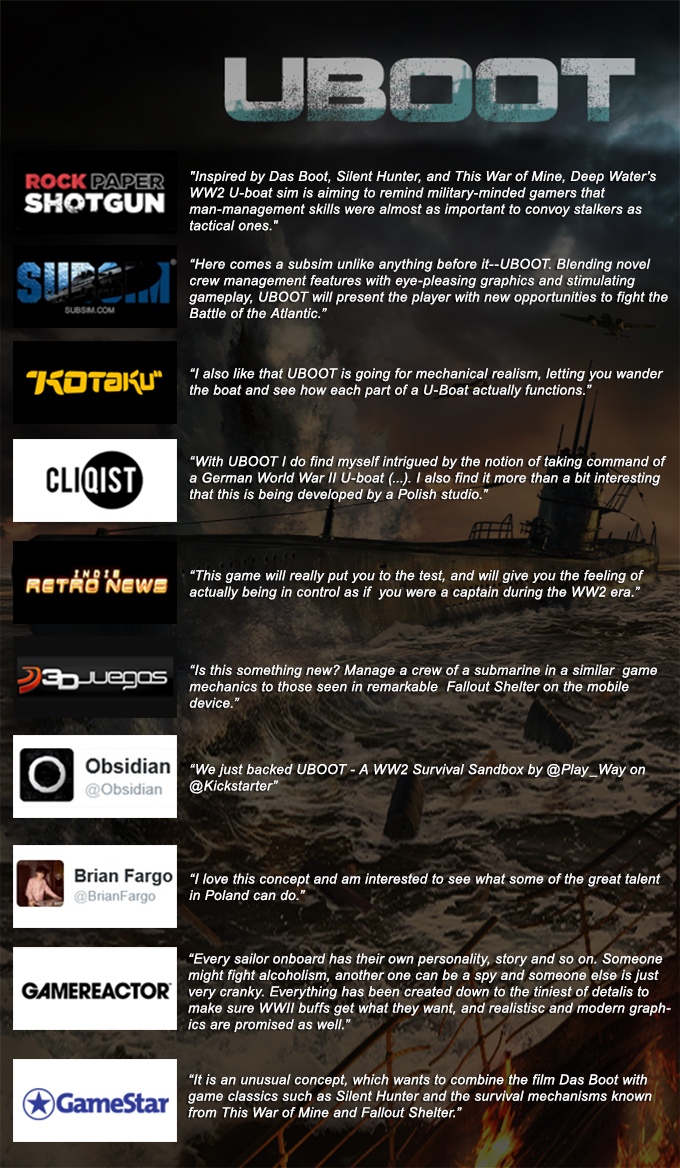 UBOOT is a simulator of a submarine from WWII era, yet different than all you have seen so far. It is a survival sandbox with game mechanics similar to that of Fallout Shelterwhile it's primary theme is life of German soldiers like in Wolfgang Petersen's film Das Boot. The boat is their home, but it can become their grave at any time.

In UBOOT you control the crew to control the boat. You look after their physical and mental health, becacuse if the sailors are hungry, tired and their spirit is low, there’s no chance of winning even a skirmish.

It is important to balance the overall discipline and trauma of your crew. If you are a harsh captain, the level of both goes up. When trauma is high a secret feature of each sailor can be disclosed. It can reveal his alcoholism, make him go berserk, he can also turn out to be a coward or a spy.

We have recreated the u-boat inner workings down to the last detail. During the game you can watch all the machinery such as a trim pump, an air compressor or the ballast tanks filled and emptied. When the boat is hit they may break down or start to leak. If you can't keep up with patching them up, the boat will sink.

Kriegsmarine Headquarters will give you key missions to move forward with the historical stages of WWII and you will be able to fight in new regions, and install better equipment in a dock. Unfortunately, the opponents will also grow stronger and, for example, will equip their ships with radars or break the Enigma code.

In UBOOT each sailor will have his own face, his story, personality, skills and weaknesses. The sailors will come either to report something to you or just to talk some problems over. We will show you not only their service but also their free time. They will eat, talk, enjoy simple pastimes, queue to the only toilet on board, fight to decide whose girlfriend is prettier. You will see the lives of grey wolves in all its glory. We will not add any colour or flavour to it, even if the toilet overflows.

We have written a script that does not change the historical events too much but also surprises the player with the development of the plot. Germans lost the war, which is no secret, yet the fate of your boat and the crew is in your hands. In UBOOT you can decide where to go but also whether to shoot the cook for burning scrambled eggs.

Music is an essential part of our game. We want to use moody tracks to better illustrate the atmosphere. Please check one of our samples.

We are dedicated to making this game stand up to the modern standards. Expressly for UBOOT, we are developing a next-gen water system which helps us make our game look better and unique. Water is integral and essential part of games like this and we want ours to be one of the best. The system is available for other developers in Unity Asset Store.

We are Deep Water Studio from Warsaw, Poland. Our team is a mix of young open-minded people and old hands at game development. Each of us is a player and a fan of modern technologies. We have gathered especially for this project. Check us out on Facebook andTwitter or Steam.

We want to create an innovative submarine simulator for you and for us. Quality is our top priority and we do not want to compromise on it. So, if you want this great UBOOT game to be created as much as we do, support us! We are here thanks to PlayWay, a company that is favourably disposed to that game. They have promised that if we manage to raise money on Kickstarter, they will give us twice as much. Fair deal, isn’t it? 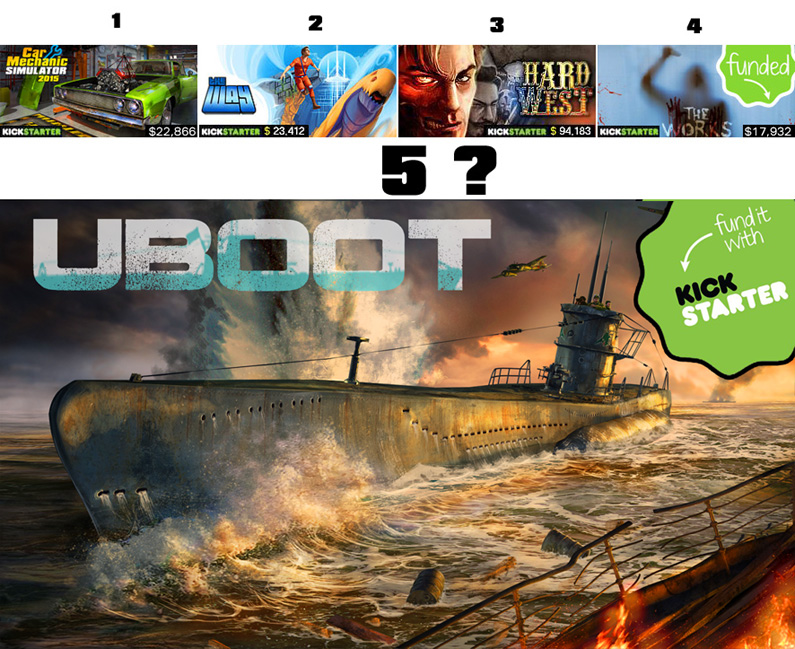