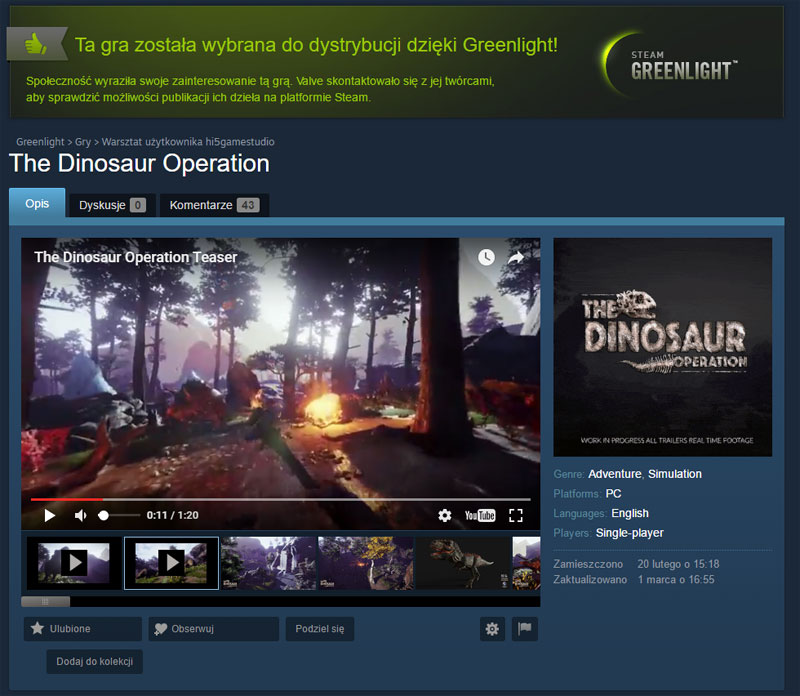 A long long time ago..
even before the extinction of the dinosaurs, lived
Doctosaurus - a neanderthal, which made
himself a task of rescuing spiecies. Will he succeed?

A Neanderthal is the main character in the game, he opposes the destructive human nature .Instead of killing the dinosaurs, he is trying to help them. Just one little man against the world of great beings. Dinosaurs in their dangerous times were afflicted with severe wounds until, Doctorzaurus began their treatment. Thanks to his intelligence, he is capable of creating tools that allow
him to operate huge creatures.

The Neanderthal from an early age wasn’t able to take the example from his older tribesmen and still protested against killing other beings.
One day, it was too much, Doctorsaurus began to secretively help the dinosaurs, but to his misfortune the tribe chieftain found out.
At dawn our hero was banished from the tribe. Thus begins his adventure, and your adventure with
Doctorsaurus!

We pay attention to every aspect of whole game. Starting from single tool from
neanderthal inventory, ending at character and the vast land...

Experience adventure Learn the art of performing operations before it was fashionable.
Operate with the primitive tools in complicated operations.

We decided to get in front of your expectations!

After many conversations with you and after your response about the game, We decided to adjust the mechanics in new direction. What is obviously, we stay with the convention of dinosaurs but..

Let us know what do you think about the concept above. May be you want to travel on tamed dinosaurs? Or fight with mad t-rexes?

We want to make a game which makes in you a desire to play!
The gameplay will evolve!